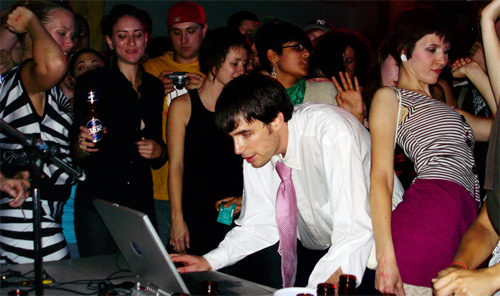 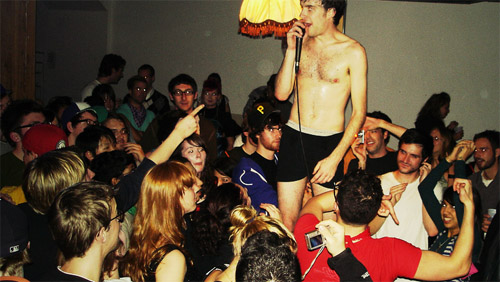 Buy digital music in un-encrypted formats e.g. mp3, flac. With these formats all your the fair-dealings (called fair use in the US) allowances apply including time-shifting, format-shifting, being able to play it in more than one device etc.

Even in the hey-days of the CD, many bands still made all their income from touring and t-shirts rather the pittance of CD royalties. Buy tickets, go to shows and it’s a great way to discover new bands too.

As reported everywhere, Canada’s industry minister introduced a new copyright bill yesterday. And it’s no good. However, assuming we need “reform” at all, there are simple changes that could go a long way to fixing it.

The way the bill is written now it gives media owners, and anyone who encrypts anything carte-blanche to over-ride all fair-dealings exceptions build into the copyright act.

Meanwhile the so-called “reductions” in penalties to infringers are fairly ridiculous. Jesse Hirsh has put it well, describing the new legislation as criminalizing a generation of Canadians.

Why do we need “long overdue” copyright reform in Canada at all? Look at what the last 10 years shown us in, for example, the record industry. It’s shown us a steep decline in the revenues to top-40 manufactured hits and warmed over franchise brands pushed through old mainstream channels. Meanwhile the total amount, quality and variation of independent media and music has absolutely skyrocketed.

In the last ten years, the music industry has at last stepped away from it’s failed experiment with technical protection measures. Amazon, Itunes, emusic, zunior (in Canada) and every major label are all now offering DRM-free options. Why are we enshrining protection for these technologies based on 10-year old assumptions of how the industry would evolve?

The good news is that the bill has only reached it’s first reading and there will be time for revisions before the second reading in the fall. It’s important that you make your voice heard. Get behind the facebook group, keep an eye on Micheal Geist, and talk to your MP.

Jim Prentice was once known as a populist. He may find sense yet. There is still time for our country to take off the proverbial knee-pads and step away from the US media industry lobby.

“I bought Robocop last night and was excited to watch it when all of the sudden iTunes crashed and poof, no ‘Robocop’ when I reopened iTunes. I guess I could call Apple and get a second chance to download it but at this point I’m too depressed.”

“I have a Mac Mini essentially working as an AppleTV. Being locked out of HD content because it is not an actual AppleTV is rather annoying.”

“My head is spinning… back to BitTorrent.”

“why can’t life be simpler?”

Oh it can, it could have been much, much simpler. What the music industry has figured out already: drm-free downloads that Just Work wherever and however we want to use them, I can has it RIGHT NOW from bittorrent, or I can be happy to buy it for a reasonable price straight from an online retailer I know and trust – if such a format was only for sale.

They may think they are, but the movie studios are not even competing with the downloaders yet.

The apple TV mark2, is the best product we’ve seen yet for protected digital video content. After it fails, the studios will finally go the way the music industry went.

Like the Pope himself deciding, after all this time, to try on a rubber, and not days since I suggested it wouldn’t happen until the last blue ray was prised out of their cold dead hands, Sony (Sony!) BGM has announce plans to drop DRM* on their music.

And just in time as Canadian policy makers take a breather on considering Canadian copyright policy after we just narrowly avoided enshrining DRM into law. That would be redundant wouldn’t it. Thank you Mr Geist.

*Glossary: Dreaded rights management is a collection of expensive, complicated and ill-conceived technologies originally conceived for the sole purpose of actually preventing users from using the very same media and gadgets and operating systems** that vendors and studios were trying to sell them. NOT-dreaded-rights-management represents the newly emerging industry standard that heralding a return to common sense, and business-model intelligence, and maybe -just maybe- the belated salvation of Big Media

Previously on DRM on this blog

Following EMI, and Universal, Warner is the next and now second-to-last major label to drop digital protections and offer it’s whole catalog of digital music DRM-free though the Amazon media store. This is a big win for Amazon and one wonders if Itunes will follow.

The lone holdout? Of course, the company that practically invented the term incompatibility, good old Sony. No doubt Sony will smartly abandon DRM sometime just after the last Blueray is prised from their cold dead fingers.

The other elephant in the room: Is this just a desperation play by Warner? While independent music is flourishing in the market like never before, the majors are all getting killed by the internet. So who cares about major labels business models anymore? Well those back catalogs are certainly worth something, and somebody’s got to do the hard work of marketing and promoting top40 “artists” to the slower, possibly bulging, end of the bell curve.

Meanwhile Kudos to Warner Music’s execs on this call. You can clearly tell a hawk from a handsaw. You might just make it yet. [and please be talking to your friends across the hall in Warner’s television and film divisions kthx.]

“The slow death of digital rights” – The Economist

Radioheads success is just the latest signal that DRM is dying a welcomed if unanticipated early demise.

There’s now no reason to buy any other kind of music. I just thought I’d point this out.

And of course, there’s always been eMusic who’s been selling flat rate drm-free indie music for the better part of a decade now.

Highdef and DRM-free TV and movie distribution is only a matter of time.