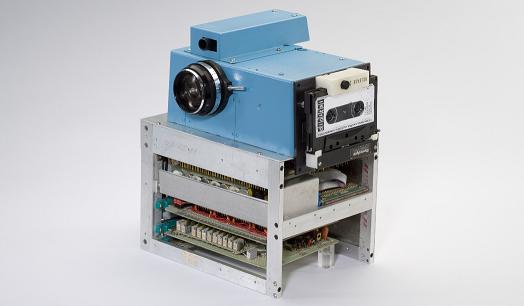 It was a camera that didn’t use any film to capture still images – a camera that would capture images using a CCD imager and digitize the captured scene and store the digital info on a standard cassette. It took 23 seconds to record the digitized image to the cassette. The image was viewed by removing the cassette from the camera and placing it in a custom playback device. This playback device incorporated a cassette reader and a specially built frame store. This custom frame store received the data from the tape, interpolated the 100 captured lines to 400 lines, and generated a standard NTSC video signal, which was then sent to a television set. 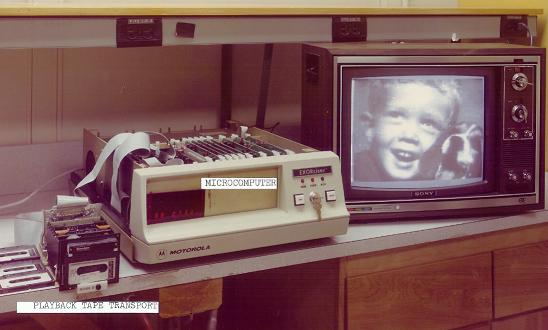 After taking a few pictures of the attendees at the meeting and displaying them on the TV set in the room, the questions started coming. Why would anyone ever want to view his or her pictures on a TV? How would you store these images? What does an electronic photo album look like? When would this type of approach be available to the consumer? Although we attempted to address the last question by applying Moore’s law to our architecture (15 to 20 years to reach the consumer), we had no idea how to answer these or the many other challenges that were suggested by this approach

They pitched it to the executives at Kodak as a “film-less camera”. Ouch. Talk about trying to sell the future of meteors to the dinosaurs. I’m sure many of you have been in that position before in your careers.

In any case, it took many many more years and advances in several other fields (personal computers, and most critically the consumer internet to share and display those pictures) before digital cameras could become a killer app.

The implication is that there could be lots of the future around us already. It’s just bottled up in variously ridiculous gadgets just awaiting a few more cycles of Moores Law and a few unexpected missing ingredients to become some future decade’s killer app. Imagining the future can sometimes be an exercise not in imagining inventions. The inventions could be here already. The leap is in imagining the catalysts, the future pains, the missing ingredients that will make those inventions fly.

This idea was at the heart of last year’s DemoCamp2019. It’s soon time to think about DemoCamp2020. Probably in November. So if you think you can think of the killer apps of 20 years hence, start thinking about it.