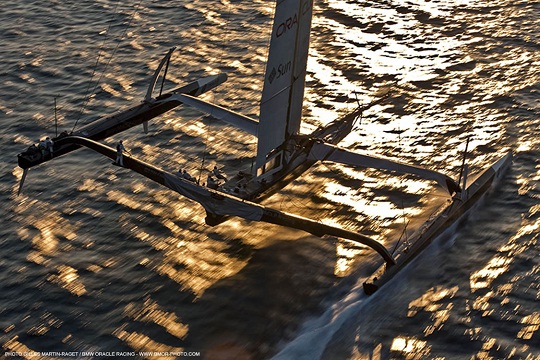 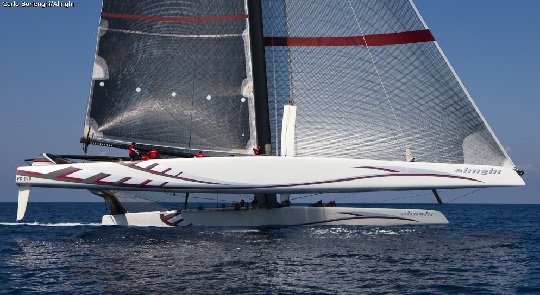 Tonight, right now is the eve of the 33rd America’s Cup. Now two years late, this race is a culmination of 2 years of legal battles between Larry Ellison and Ernesto Bertarelli over the rules, venue, boats and every other aspect you can imagine. What it’s resulted in however is something spectacular for sailing and engineering nerds. What should have been a long contest between 20 countries match racing by elimination in 20 boats, is instead only a two boat race, 3 races only with the only rules becoming a sailing boat, 90 feet long, no limit on budget.

And what we have are two monsters BMW Oracle‘s solid wing sail trimaran, and Alighi‘s giant wave piercing catamaran. These boats were built at a cost of 500 million dollars to race for one week.

No one’s ever match raced boats this huge and fast before. These boats may go 40 knots downwind. No one knows what’s going to happen, all the ordinary match racing tactics go out the window. The boats are different enough that it could be a blow-out or a blow-up, gear failure is not unlikely.

There is no television coverage of the Americas Cup in North America, but there are plenty of places to watch the coverage online.

Throughout the week, also have an eye on the epic sailing blog Sailing Anarchy

Either way, first gun is at 10am Valencia time or 4am EST (ouch) on Monday, race two is on Wednesday, race three on Friday. We’re going to be brewing strong coffee and putting up the race on the big screen right at 4am, you know if you’re in the neighbourhood.