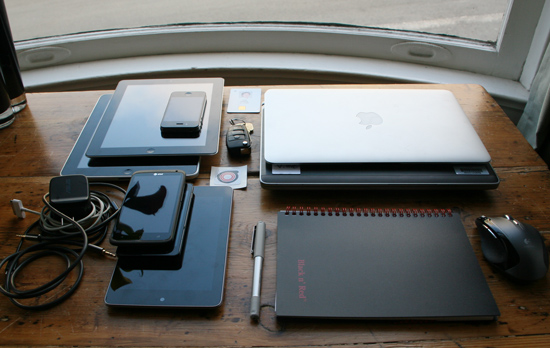 Wow, Verizon has just made a very important announcement today:

“Verizon Wireless today announced that it will provide customers the option to use, on its nationwide wireless network, wireless devices, software and applications not offered by the company. Verizon Wireless plans to have this new choice available to customers throughout the country by the end of 2008 …

In early 2008, the company will publish the technical standards the development community will need to design products to interface with the Verizon Wireless network. Any device that meets the minimum technical standard will be activated on the network.”

Here is the takeaway wireless != voice (!!!). It’s much much bigger. Voice is just one little application of a great many that can run on top of a wireless connection.

Here’s the trouble. We, culturally are so biased by the fact that the telephone was accidentally invented a century and a half before today. And this tends to warp our perceptions of debates around whether cell “phone” networks should be available on airplanes or subways, on issues of wireless regulation and spectrum auctions.

The real future is in everything besides voice (you crackberry addicts know this already) and in what are being called “non-traditional network devices”.

Non-traditional network devices include: Amazon’s Kindle reader, (similarly almost any future digital paper or signage device), a dell ultraportable with a 3G network card, a pocket computer and media device like an iPhone, a car that downloads the latest maps and traffic info, a rain coat that knows the weather reports, digital/social jewelry that Michele has a mind for.

We’re prejudiced against so many potential open network things, devices and applications just because many of them haven’t been invented or even envisioned yet.

With apologies for spoonerizing William Gibson: “The distribution has already arrived. The future just isn’t evenly invented yet.”

Thanks to Verizon for starting to make the future inventable.

Lastly, to quote one other author who knows all this stuff already “In the future, I won’t have to look for my shoes in the morning. I’ll just google them.” – Bruce Sterling

Link: Verizon Wireless to Introduce ‘Any Apps, Any Device’ Option for Customers in 2008 – CNN Money