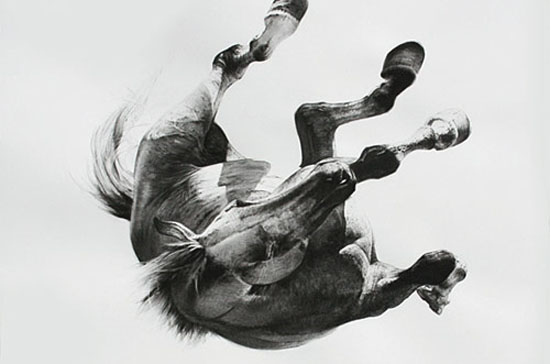 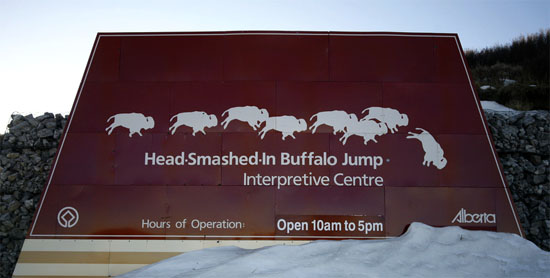 About 16,000 words have succumbed to pressures of the Internet age and lost their hyphens in a new edition of the Shorter Oxford English Dictionary.

No one has time for the poor hyphen anymore. It seems to be going the way of the semicolon into the club of beleaguered punctuations. OTOH perhaps it’s high time some of these over-prevaricating compound word-sandwiches got off the fence and decided for once and for all if they were to be one word or two. But boy, 16,000 is a lot to drive off a cliff all at once. The poor little bastards probably never even saw it coming.

It occurs to me that Head-Smashed-in Buffalo Jump is probably Canada’s most hyphenated place. Though it is true they no longer drive great herds off the cliffs anymore. Another dead media. The buffalo are all gone now.

Link: Thousands of hyphens perish as English marches on