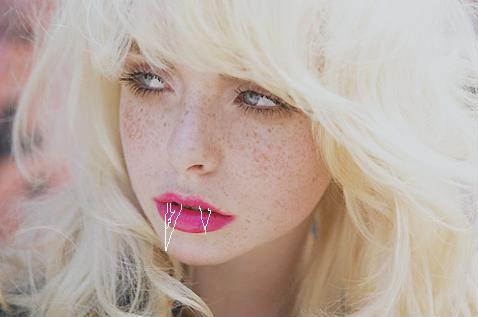 I don’t know what to say about the state of publishing anymore except to tell you that Penguin sent me (I’m on their blogger list) a list of 10 of their hottest titles for summer 2010. 40% of which concern Vampires.

Blood Oath (Christopher Farnsworth, May 2010, HC): The ultimate secret. The ultimate agent. The President’s vampire. Zach Barrows is an ambitious young White House staffer whose career takes an unexpected turn when he’s partnered with Nathaniel Cade, a secret agent sworn to protect the President. But Cade is no ordinary civil servant. Bound by a special blood oath, he is a vampire.

I can’t make this stuff up. Though if I had, it sounds like I might have landed a sweet advance out of Penguin.

So of 40% vampires. I don’t know what’s worse. the thought that A) packing the shelves with bodice-rippers and vampire tales is what’s what’s left to keep the major publishing houses afloat. or B) while we still live in a world of mostly-print distribution, that publishers remain the last of the gatekeepers between us and the multitudes of apparently less publishable works that we know flood the industry’s slushpile every year.

Ebook readers have yet to set the world on fire. I think it has something to do with static, unconnected, essentially-lifeless pdf-type electronic books read from expensive, low-contrast screens, that need charging… are not quite enough of a delta from the regular printed word to bring that much value.

But the iPad experience starts to change that, From Xeni’s review:

Remember The Periodic Table of Elements series of books we featured here at Boing Boing? There’s an iPad version ($13.99 in the app store, screenshots here), and it’s dazzling — it makes science feel like magic in your hands. I called the guy behind The Elements, Theo Gray, and asked him to put into words the UI magic that iPad makes possible for creators of books, games, news, and productivity tools.

“The Elements on iPad is not a game, not an app, not a TV show. It’s a book. But it’s Harry Potter’s book. This is the version you check out from the Hogwarts library. Everything in it is alive in some way.”

Indeed, the elements in this periodic table seem very much alive. The obvious way to examine static objects — say, a lump of gold (number 79) or an ingot of cast antimony (number 51) is to rotate them, to spin the specimen with your fingertips. And that’s exactly what you do here.

Book reading as a passtime has been under ruthless assault in recent decades by all manner of shiny distractions of the digital age. So any new mass-adopted gadgets that also has the possibility to re-invent books has got to be helpful, and a sign of hope for bibliophiles.

And I like this idea that books have the opportunity to evolve into a whole new medium. This animated, live updating, “harry potter-esque” magicification books would be great for all kinds of categories like: reference books, cookbooks, travel books…

But not so much fiction or literature. I don’t know yet if the iPad will save us from Vampires.